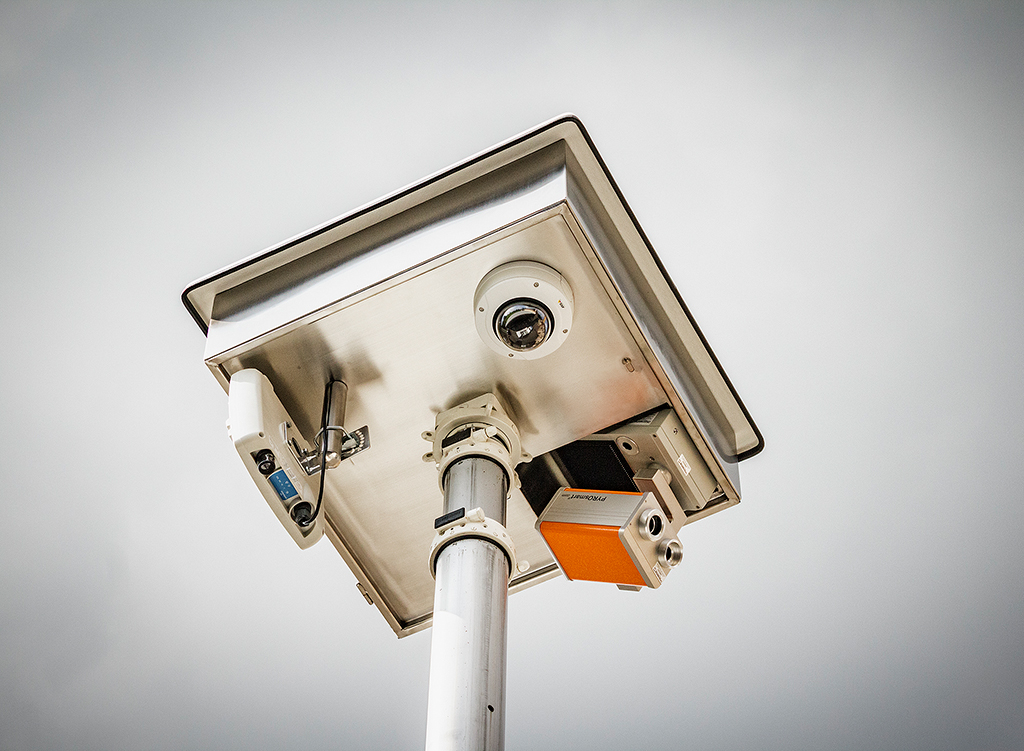 PYROsmart® - is an infrared camera unit specially developed for non-contact temperature monitoring. Its application is particularly advantageous where conventional fire detection systems such as smoke detectors, smoke extraction systems and thermodifferential cables will detected possible fires too late or not at all. Planning and installation of the system can be carried out according to VdS guideline 3189.

For the direct fire suppression, a special software can also take over the automatic control of an extinguisher (extinguishing monitor) and avoid major damage until the arrival of the fire department. Our partner for automatic fire fighting equipment in stationary fire protection is Rosenbauer: http://www.rosenbauer.com/de/world/produkte/stationaerer-brandschutz.html